Blog
How Much Does a TV Advertising Campaign Cost?

In 2021, total TV advertising spending in the UK reached 5.46 billion British pounds, of which around 733 million was attributed to broadcaster video-on-demand ads. TV ad spend is expected to grow by 7.1 percent in 2022 — and for good reason. TV accounts for 90% of the average viewer’s video time and, in the UK, 42% stated that television is where they are most likely to find ads that they trust. This makes it a fruitful form of advertising for many businesses.

The good news is that TV adverts aren’t just for large companies. Businesses of all sizes can now be seen on the small screen.

There are two main television advertising costs: the production costs, and the cost for placing your ad on television between shows. How much an individual campaign costs is dependent on the ambition of your creative and your desired audience (determined through the channel your ad will appear on, and at what time).

Let’s look at this in more detail.

Cost of Placing Your Ad

In general, TV ads are bought and sold on a cost per thousand basis. As TV Advertising explains, this is the price a channel charges to have your ad seen by 1000 people. This price is set by broadcasters, who trade at a discount or premium depending on a number of variables.

TV advertising costs do tend to be more flexible now, as there is a wider range of options available. As well as advertising on traditional broadcast, you can make the most of on-demand ads, sponsorship and addressable audience advertising (where you segment TV audiences and serve different ads within a common program or navigation screen).

As above, this will depend on the scale of your ambition. Better equipment, location and well-known actors will cost you more, but a simpler advert will cost less. 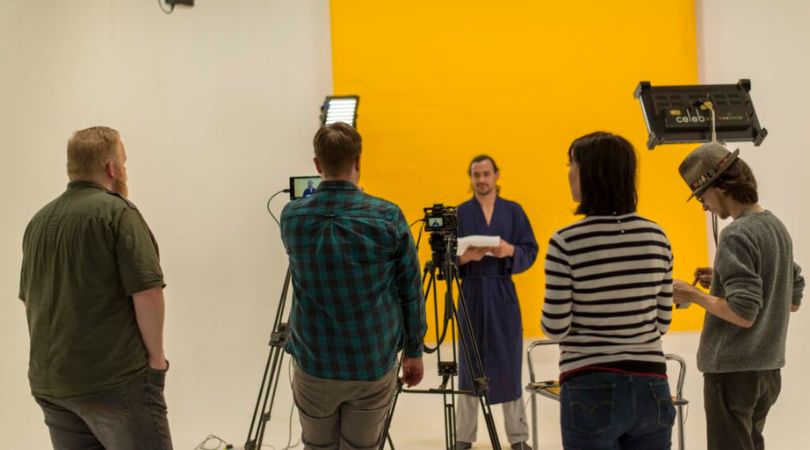 Sky AdSmart is one of the most affordable tv advertising options that offers highly targeted audiences to choose from. Campaigns can start from just £3,000 (excluding production costs), and use three main targeting options.

With our TV ad production services, you can get your business on TV from just £5,000 + VAT . This includes the full package: concept development, production, voice-over, music, delivery and a highly targeted Sky AdSmart campaign. Find out more below.

We’re Buffoon Media: a bilingual media production company based in Port Talbot and London, producing content and live streaming events across the globe. Learn more about our hybrid events and other services on our website.